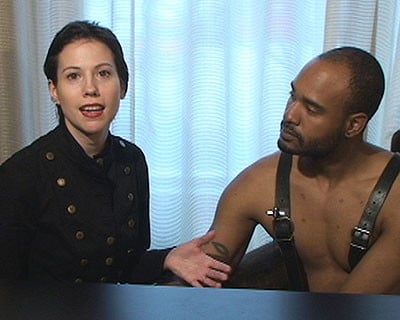 View All Videos By Darian and rhiannon

Darian is a Kinky Poly Dom that’s been kinky longer than he can remember. He found the local community in 2005 and is an active participant in the MD/DC/VA scene. In addition to serving as a TNG Baltimore steering committee member, he is a House Dom for DXS Rapture DC, Ambassador of Sacred Marks Sanctuary, and a member of MAsT Baltimore. Darian enjoys helping others see their potential, teaching, and sharing knowledge.

rhiannon identifies as a poly queer submissive with occasional switch tendencies when the mood strikes. She became active in the MD/DC/VA scene in 2007, and began serving Darian shortly thereafter, receiving his collar in December 2007. rhiannon is also a Steering committee member of TNG Baltimore, Secretary of Sacred Marks Sanctuary, and a member of MAsT Baltimore. She enjoys receiving impact play, knife play, hair pulling, rope bondage, and many other things. Outside of kink she enjoys science, gardening, and spending time with her Boston Terrier.

rhiannon: Being at the other end of Darian’s whips, floggers, etc., processing heavy or cathartic scenes, developing communication during scenes.