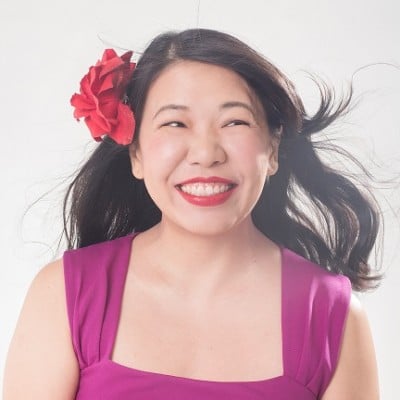 Surrounded by friends who were sexually inhibited and struck by dire lack of positive conversations around sex and sexuality in Singapore, Dr. Martha Tara Lee set out to make a positive difference in embarking on her doctorate in human sexuality before launching Eros Coaching in 2009. Today, she remains dedicated to working with individuals and couples who wish to lead self-actualised and pleasure-filled lives.

Often cited in the local media, Dr. Lee is the appointed sex expert for Men’s Health Singapore, and Men’s Health Malaysia. She was recognised as one of ‘Top 50 Inspiring Women Under 40′ by Her World in July 2010, and one of ‘Top 100 Inspiring Women’ by CozyCot in March 2011. She is the host of weekly radio show Eros Evolution on the OMTimes Radio Network. She has published four books: Love, Sex and Everything In-Between, Orgasmic Yoga, From Princess to Queen and {Un}Inhibited.

She has worked with a lot of couples (international and local) who have unconsummated marriage; men and women with sexual inhibitions and sexual desire discrepancies; men with erection and ejaculation concerns; as well as with GLBTQQ and kink folks.

Martha works with individuals and couples in private coaching sessions, and conducts her own workshops. She takes prides in making sure all her workshops are also fun, educational, and sex-positive. This comes easily to her because even though she is extremely dedicated and serious about her work, she fundamentally believes that sex is meant to be fun, wonderful, amazing and sacred. As such, this serious light-heartedness has shone through again and again.