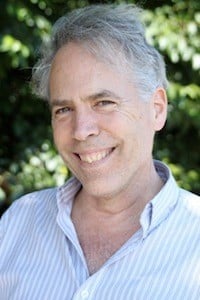 View All Videos By Harold Henry

Born in the late 1940s, grew up outside of Princeton NJ among the intelligentsia, was educated and then educated some more (graduate degrees in Eastern European Renaissance history and Business), slipped into computer programming in Apple II Basic, later C, later assembly language… diagnosed as geek. But I love to read! I’m really a writer… a traveler. Homo viator.
And for more than 40 years, I have worked on making sense of sex (sense, as opposed to the prejudices and fears of our culture). Why? Because I think it’s the most important single thing in our lives, the foundation of love and family and children and most of our creativity, and the place we can connect most directly to the divine.
So, overcoming embarrassment, let’s have no secrets, no lies, no censorship! Let’s think and talk about sex honestly, and with respect.

I parented two wonderful sons, now long out on their own and doing great things. Now I’m stepfather to four more amazing, wild children, and father to a fifth. My first marriage lasted 20 years, my second has lasted 20 years and counting, and we’re in polyamorous partnership with the mother of our daughter and her husband, with whom I look forward to spending the rest of my life as well. Nobody ever told me life could be so challenging and full of deep joy.