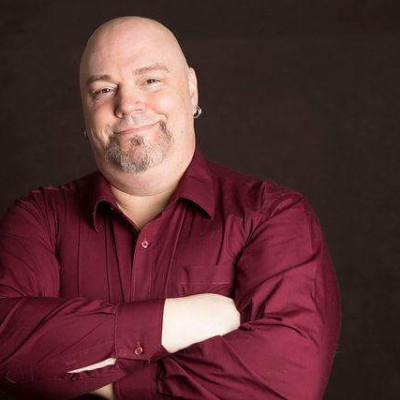 Hercules The Pleasure Coach is a sex, intimacy & relationship educator, writer, blogger, speaker, activist, coach and permission giver. In addition, he works as an intimate touch therapist and a Pro Dom.

He has been working with and teaching people about the power and pleasure of intimate touch for over 20 years. As a trained massage therapist who has been in practice for over 25 years, Hercules is the creator of a form massage called Therapeutic Sensual Massage for which he does for his Pleasing Hands massage practice. In addition is a trained practitioner for Bondassage.

His skills do not stop there, since he has been in the kink/BDSM lifestyle both personally and professionally for over 30 years. Hercules finds a therapeutic value to kink/BDSM and thus considers himself a Therapeutic Dom

Currently Hercules is educator for The Center for Positive Sexuality, where he speaks about kink/BDSM lifestyle, body image issues, non-monogamous relationships and sex work and society

He is also one of the co-ordinators for Sex Positive Los Angeles.