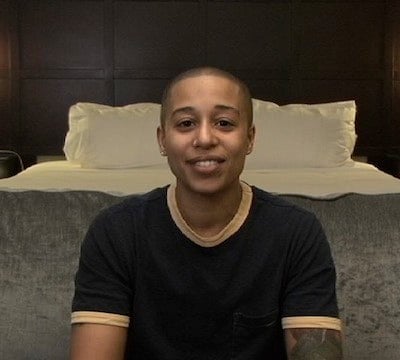 View All Videos By Ignacio Rivera

Ignacio has produced a short called “Crossing”’ which has played in film festivals internationally. Crossing is an experimental adult short about crossing the realm of normality and kink. It is a narrative short that explores opinions on negotiation, communication and kink.

Their seconds short called “They”, which debuted at the NYC Mix film Festival in October 2008 is also and experimental short. “They” is a short about Ignacio Rivera’s gender fluidity.

Ignacio has just completed working on their third short entitled “Transient”. It is a video-diary-style experimental film about the consciousness of identity within travel. Transient touches on issues of egocentrism, tolerance and gender attribution. In the near future, Ignacio hopes to debut their long awaited film, “Shades of Kink”, a documentary that focuses on gender, race and class analysis of the kink world.

Ignacio is also one of the founding board member of Queers for Economic Justice; a progressive non-profit organization committed to promoting economic justice in a context of sexual and gender liberation.

Ignacio offers performances, workshop and lectures. Ignacio’s body of work throughout the years has focused on Race, Class, Gender and Sexuality; specifically how it pertains to Queer, Trans, Kink and Sexual Liberation issues.