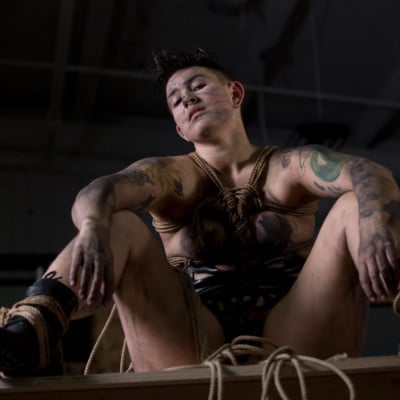 Nil first found love in the natural fibers of a well-spun rope while at Girl Scout camp, and they’ve been tying ever since. Nil appreciates all ends of the rope as a rigger, self-suspender, and artistically masochistic bottom. Always a crystal in one hand and rope in the other, Nil regards kink as the ultimate artistic catharsis and uses their craft to banish gender, fracture binaries, and conjure queerness to challenge the norm. As an advocate for infiltrating the kink community with radical expressions of gender and identity, Nil endeavors to surge the presence of queer and non-normative bodies in BDSM culture.