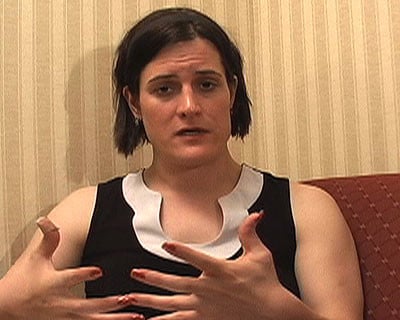 View All Videos By Renee

Renee founded and runs the Boston Toy Party, a New England Leather Alliance special interest group. She has presented at the NELA’sFetish Fair Fleamarket and several other venues in the Greater Boston area. She also has served on the board of a New Hampshire nonprofit supporting lesbian, gay, bisexual and transgender youths. She is male to female, a switch, and has modeled for several Boston-area fetish photographers. She works as a journalist in New Hampshire.

– At the Sissy Soiree in Boston in spring 2010, a talk called “You Don’t Have To Pass,” focused on alternative forms of gender expression, including stylized masculinity and presenting from the middle of the gender spectrum.

– At the New England Dungeon Society’s Bondage Club on Oct. 6, 2010, “Belt Bondage,” with information on choosing belts for bondage as well as single- and double-column ties and harnesses.