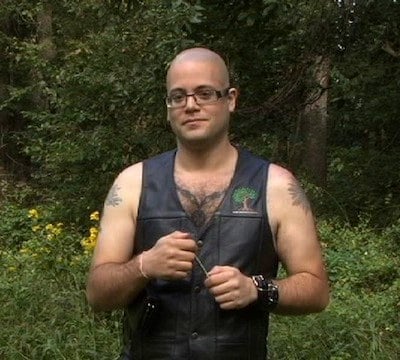 View All Videos By Wintersong Tashlin

Wintersong has been presenting at major Kink/BDSM events since 2007 and has presented for such organizations and events as Dark Odyssey, The Floating World, Camp Crucible, Dark Moon Rising, Transcending Boundaries, FSA Beltane, Primal Arts Festival and many others. His background as a presenter in the pagan community stretches back even farther spanning dozens of private students as well as three years running a monthly ritual circle in the early ’00s and being dean of The College of Brigantia, a pagan adult education program run through the Pagan Kingdom of Asphodel. Wintersong got his start as a presenter in 1993 doing educational and sensitivity workshops and assemblies in schools on Tourette Syndrome and insists that in comparison to holding the attention of 300+ jr. high school students for an hour, teaching kinsters is a piece of cake.