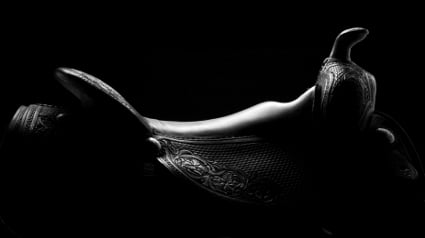 Browsing through the many online and published resources on Pony Play, one can find plenty of information about Pony Headspace, abbreviated to Pony Space, but few sources extend into the area of one’s Pony Persona.  This subject is largely neglected because the difference between Pony Space and Pony Persona is not always clarified.  Personally, I define Pony Space as the altered mindset that a Human Pony Player achieves when said Player feels that they are a Pony instead of a Human.  In contrast, I define Pony Persona as the personality traits demonstrated by the Human Pony once they have entered Pony Space.  Ultimately, these two concepts are heavily intertwined.  However, Pony Space, the sense of being a Pony, is a phenomenon that is common to almost every Human Pony Player, whereas the Pony Persona, which is the individual Pony personality traits, is unique to every Player.

Developing one’s Pony Persona is a surprisingly natural process.  The first bit of advice that I can give to help discover one’s Pony Persona, or their Inner Pony, is to determine what triggers their entrance into Pony Space.  For many, the process of putting on their Pony Tack helps ease them slowly into Pony Space.  For Pony Asher, the climax of achieving Pony Space occurs when his Mistress, Miss Chantelaine, puts the bit in his mouth and clips on the reins.  For Pony Gingersnap, it is the moment of having her hands bound and locked into her gloves by her Master, Heckler.  For my Pony Persona, Pony Whiplash, Pony Space arrives, regardless of the Tack I am wearing, when I cry out that perfect, echoing whinny!  All of these examples are known as Triggers, which can be, and were, discovered by experimentation.  Every time a Human Pony and Trainer play or practice together, they create opportunities to determine what Trigger will initiate the Player’s entrance into Pony Space.  However, if a Trigger does not naturally occur, one can be deliberately implanted to help achieve Pony Space.  Specifically, the Trainer can use hypnosis to create a Trigger phrase, such as “Stable time!” to induce a sense of Pony Space.

Once in Pony Space, the Pony Persona will emerge; often a Human Pony will begin behaving in a manner completely unlike their usual self.  This is NOT deliberate acting; a Human Pony does not choose their Pony Persona, they simply tap into their Inner Pony, a facet of their human personality, which is not usually expressed in day-to-day life. While exceptions do exist, I have noticed most Ponies exhibit a personality flip when compared to their human personality.  For example, Pony Asher’s Mistress describes him as endearing shy and nervous in his human state, yet when in Pony Space, his Pony Persona is more calm and emboldened.  My dear friend, Pony Gingersnap, is an owned and collared slave, who usually does not feel comfortable pushing boundaries with her Master.  However, in Pony Space, her Pony Persona is quite playful, even somewhat mischievous and silly.  As for myself, I am generally a Dominant woman, but when I become Pony Whiplash, I am surprisingly submissive toward my Trainer and Owner, Cowboy Bill.  I am hopelessly attached to him in almost a child-like manner, and I desperately try very hard to please him.

While the Pony Persona of a Human Pony is expressed naturally, its development can be affected by the Pony/Trainer dynamic for better or worse.  Trainers can employ behavioral conditioning to encourage a shy Human Pony to behave with a little more boldness.  Alternatively, if a trainer acts inconsistently or inappropriately, a Human Pony’s Persona can become stubborn or painfully apprehensive.  For Trainers, I always advise that they act deliberately, consistently and compassionately, in order to bring out the best of their Human Pony’s Persona.  Positive behavioral conditioning can include reward systems such as food or praise; however such rewards need to be distributed sparingly as to avoid spoiling the Pony.  Each dynamic is as unique as the people in it and so each pair must find a system that works for both of them.  Miss Chantelaine, for example, consistently uses physical touch and praise to help increase Pony Asher’s confidence.  Whereas when Heckler has treats available, Pony Gingersnap is a notorious “pocket chaser,” which can be detrimental to her focus and thus training.  Conversely, Pony Whiplash behaves especially well for Cowboy Bill when the promise of treats is imminent.

Remember that while Trainers need to give consistent cues to their Pony, Ponies need to communicate clearly and effectively with their Trainer by developing a personal system of sounds and behaviors.  There are many noises a Pony can make (whinnies, nickers, snorts, etc.) and while there is a somewhat standardized system of meaning, each sound can symbolize a different meaning for each Pony depending on the intensity and corresponding body language.  It is these communicative noises and behaviors that express the Human Pony’s Persona in detail to the Trainer.  Is the Pony “bombproof” or easily spooked?  Is the Pony highly food-oriented or more attracted to praise?  In order to best control and care for the Human Pony, the Trainer needs to understand the Pony’s responses to different stimuli to gauge and understand the Pony’s Persona.  Be sure after a Pony Play scene to have a detailed conversation between Pony and Trainer about any cues, noises or behaviors that were unclear.  Consider some examples of individual Pony behavior and communication: Pony Asher preens and flaunts his poise as a demonstration of his confidence and pride.  Pony Gingersnap expresses herself primarily with snorts and blows vocally, but also utilizes shirt bites and head butts when she wishes to emphasize her point.  She may be a tiny Pony, but her presence is not to be ignored!  Pony Whiplash is a very noisy Pony, with whinnies being her preferred mode of communication.  It is when she is overly quiet, that something is upsetting her.

On a side note about communication, as the Pony falls deeper into Pony Space and their Pony Persona, the Pony may lose their ability to vocalize human language.  This makes the concept of a safe-word questionable.  The solution here is simply to employ a safe-signal instead that suits the Pony’s natural behavior.  For a Pony that is usually quiet, emitting a Pony scream or roar could act as a safe-word.  Personally, Pony Whiplash stamps her hoof three times or more, depending on the severity of the situation, to indicate to Cowboy Bill that something is wrong.  Alternatively, the Trainer should also have a safe-word or phrase that the Pony recognizes as a Trigger to leave Pony Space and return to the real world.  For many Ponies, the removal of their tack triggers their exit from Pony Space.  For example, when Miss Chantelaine unbuckles Pony Asher’s bit, or when Pony Gingersnap’s Master unlocks her gloves, they both begin to reassume their usual human persona.  Alternatively, Pony Whiplash does not have a Tack Trigger; her reverse Trigger is activated when Cowboy Bill calls Pony Whiplash by her other name, which allows her to realize that she needs to stop being Pony Whiplash and resume being Schadenfreude.

During the formative period of a Pony’s Persona, the Human Pony can also work on developing their Pony Persona outside of Pony Space.  This is where a Human Pony can have fun “accessorizing” their Pony Persona, particularly by deciding upon their Pony name with their Trainer, picking their coat, mane and tail color, or researching what Pony breed fits their Pony Persona.  These elements are quite superficial to the underlying Pony Persona, but by no means, does it make them any less fun.  Again, I will heartily suggest that when picking a name or Pony breed, you decide upon what naturally suits you; not what you wish you could be or what requires deliberate acting.  Pony Asher got his name from his Mistress, because it represents him rising out of his anxieties (the ashes) and becoming something new and wonderful.  His mane and tail are coal black; after all, he rose from the ashes and is covered in soot!  Pony Gingersnap was given her name for her playful sweetness, and her love of gingersnap cookies!  Her coat is a rusty gold, which contrasts nicely with her dark brown and hunter green tack.  Pony Whiplash received her name from Cowboy Bill, because of the way she enthusiastically responded when he began cuing her with his single-tail whip.  Her breed is listed as a black-coated Morgan Draft Cross, as those breeds are rather “bomb-proof,” which is exhibited by her lack of anxiety around bullwhips.  Pony Whiplash usually wears black bodysuits and shiny black Tack to match her Morgan Draft Cross coat color, however when fancy strikes her, she breaks the rules by prancing around in Zebra print!

Developing one’s Pony Persona is always a work in progress because personalities grow and change over time, especially in reflection of the changes in the Trainer and Pony dynamic.  While exploring one’s Pony Persona, the most important point to remember is to have fun and follow one’s natural instincts, rather than to deliberately act.  By following those instincts and the Trainer’s guidance, whether that causes the Pony to neigh or stamp or gallop, the essence of the Pony Persona is embraced.  Once a Human Pony enters Pony Space, allowing the Pony Persona to bloom is the most amazing and fulfilling enhancement to Pony Play.

Pony Headspace (abbr. Pony Space): The altered mindset that a Human Pony achieves when said Human Pony feels that they are a Pony instead of a Human.

Pony Persona: The personality traits demonstrated by the Human Pony once they have entered Pony Space.

Pony Tack: The gear that the Human Pony wears.

Pony Trigger: A significant moment or cue that initiates a Human Pony’s entrance into or exit out of Pony Space.

Many thanks to my local pony community, particularly to Miss Chantelaine & Pony Asher, Pony Gingersnap & her Master, Heckler, and my Owner, Cowboy Bill, for allowing me to interview them about their Ponies and their Pony Personas.  Without their help, this article would not be possible.  Further thanks, I must extend to the many friends who edited and proofread this article for me.  Their contributions turned this article from adequate to exceptional.

Schadenfreude started out as a pony trainer at Camp Crucible in 2010, earning several ribbons with a certain special Ponygirl.  Her enthusiasm for pony play inspired her collared partner, Bill, to try it for himself, so as he donned his new Trainer persona, Cowboy Bill, Pony Whiplash was born!  Together, Cowboy Bill and Pony Whiplash practiced and played for several years, until they finally competed together at Camp Crucible 2013, winning Grand Champions!  Today, Pony Whiplash is sharing & teaching her love of pony play with others, often with Cowboy Bill’s help, at her own event, Pony Palooza, as well as at other organizations.  In fact, Pony Whiplash is currently booked to present classes on Pony Play at Camp Crucible, Ohio Pony Camp and La Domaine Esemar this upcoming summer.