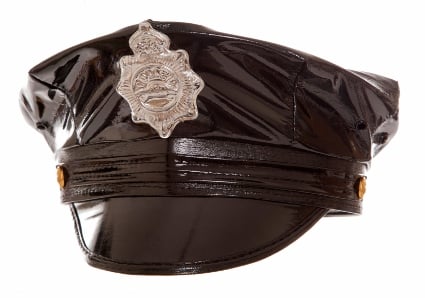 There is a mistaken idea among some people that role-playing is something you do when you get bored with your “real life” lover. After all, shouldn’t your “authentic” self be enough to arouse you and your partner?

It’s a flawed idea. There’s nothing wrong with your authentic self, and it doesn’t go away when you choose to take on a role any more than your body disappears when you put on a different outfit. In fact, role playing is very much like picking out various clothes appropriate to your environment. Want to feel confident? Put on a tailored suit. Planning on a goofy party? Wear tacky clothes? Want to impress your lover and turn them on? Put on some sexy negligée.

Why should our minds be any different? Tired of all the technology? How about taking on an animal identity? There are many to choose from beyond the simple “sex kitten” idea – for example, a pup can be training with a Mistress to become a guard dog. Who says pets have to be submissive? Couldn’t you be a magnificent pony in fancy tack forcing your owner to care for the leather as a sexy bootblack?

Some other human animal play scenarios that you could try:

1. The Seductive Dolphin and the Trainer

2. A werewolf trying to control her desire during a full moon.

5. A lioness bringing prey to the lion in hopes of his attention.

6. A woman getting very friendly with her pet boa constrictor.

7. The wild stallion being tamed by the strong silent cowhand.

8. An amorous panda trying to seduce his new cage-mate.

9. A stud bull being milked of his semen by an animal husbandry specialist.

10. A stoic man faced with his first playful and mischievous kitten.

If you feel more like keeping your humanity, there are still a wide variety of roles to assume. One of the more fun “games” kinksters play includes interrogation, and it can require a lot of preparation. But it’s also a prime situation for switches to play around – what happens when the interrogator becomes the interrogated? What if the prisoner happened to get her hands on some of the mad scientist’s instruments such as a TENS unit?

One of the easiest ways to fall into this kind of role play is to pick out characters from favorite books or stories. For example:

1. Jane Austen forced to explain her obsession with this unladylike writing habit.

2. Huck Finn forcing Tom Sawyer to tell about his date with Becky Thatcher.

4. Captain Hook tormenting Tiger Lily for the location of the Lost Boys.

5. Abbé Faria toughening up the young Count of Monte Cristo (“”I have insinuated a feeling into your heart that was not previously there: the desire for revenge”!)

6. Buck Rogers being questioned by the Queen of the Amazon Women.

7. Your lover as themselves examined in an alien abduction.

8. An alien being examined by a Man in Black.

10. A movie director forcing the leading man to rehearse a difficult scene with “method acting” (“Do it again! You’re not convincing me! I want to see you really FEEL it!”).

The ultimate long-form interrogation is, of course, school. The school teacher can be completely intimidating, but why does it have to be? There are all kinds of teaching methods and all sorts of teacher/student relationships. Even if things like “Daddy Play” squicks you, there may be ways to come up with a power-exchange scenario where the roles are a lot of fun for both. Here’s some ideas that might get you past the simple Teacher/Student roles and into some more exotic learning environments:

1. The mentor teaching a mutant to use her powers for good.

2. A Japanese calligrapher taking an apprentice “in hand” to show her the feeling behind the strokes.

3. The grizzled veteran learning the new weapons and fighting techniques from the hot young lieutenant.

4. Jane trying to get Tarzan to use proper names for body parts.

5. A head butler explaining to a new maid just how Madam likes her tea (especially good if you enjoy “Downton Abbey”!).

6. The experienced pro dom showing her apprentices the ropes.

7. A gigolo demonstrating the sexual tricks he’s learned from his many trysts.

8. A sophisticated lady helping a male friend learn to smoke cigars so he can impress his date.

9. The tailor showing a young nouveau riche how the cut of the material really can show off his physique.

10. The Doctor explaining to the nurse just how he should assist her during a vasectomy procedure.

Some of the scenarios can be terrifying; some can be hilarious; some can be both. Many of them give you the chance to integrate other kinks as well – would an elephant perhaps be into sploshing? Is there a need to show off the knives before the circus show?

It doesn’t take much more than a willingness to play to take on a role – a little change of language and a slightly different costume can go a long way. The next time you want something different, maybe what you really want is someONE different – and that difference can be all in you.