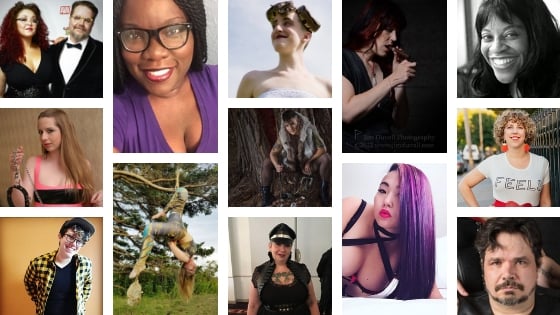 This month marks Kink Academy’s eleventh year of bringing explicit adult sex education directly to you. Over a decade ago, Princess Kali committed herself to making this vision a reality, and now, with thousands of posts, hours of video, and more than 150 educators, it’s time for…even more great news!

We’re about to begin launching several new content series on the Kink Academy.

We’ve been shooting and editing all over the country, and you can look forward to a new series every couple of weeks well into the new year! We’ve heard your feedback, and the other good news is that these will not be released episode-by-episode. No, we’re doing it Netflix-style, with all the episodes for each new series released at the same time. So you can binge-watch hot educators talking about sexy kinks, demonstrating them and making sure you can enjoy them in the privacy of your own home – or wherever else you want to watch them!

As usual, we’re covering a wide range of kinks with great educators from all over North America, with some of our usual suspects along with brand new faces. They will include (but are not limited to) these fantastic people:

There will be more coming, of course, and this is just a taste of what’s to come. We’re excited to add to our already extensive library of information, and we look forward to sharing this new content with all of our thousands of members.

Do you know of an educator you’d like to see on Kink Academy? Let us know – ask them to fill out this form so we have all their info. Don’t forget to sign up for our newsletter and follow our twitter, too, so that you can learn about the new clips as they go up.