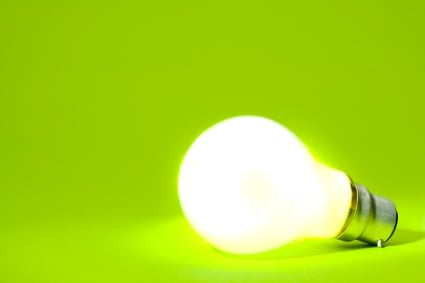 The various types of kink made a difference as well. On the whole, people who identified as dominant – 8% of the female kinksters surveyed and 48% of the males – scored higher in almost all of the measures of mental health. Switches (16% female and 18% male) were next highest, and while self-identified submissives (33% of the males and 75% of the females) scored lower than the other two particular roles, they still scored higher than the control “vanilla” group – suggesting that regardless of your chosen role, there can be benefits to being kinky.

Part of the self-awareness is the level of thought that is put into even the most basic BDSM play. Whether it’s the first negotiation or trying to explore whether you are a switch, a dominant or a submissive, listening to the experts like Selina Minx, Cherries Jubalie, Princess Kali, and Mollena Williams helps clarify the urges and desires that lead one down the more twisted paths of pleasure. In addition, communication skills are almost always emphasized as being far more important than tying ropes, swinging floggers, or wearing latex – in just one example, Julian Wolf provides definitions and three separate techniques for expressing yourself clearly regardless of your kink.

The indications that BDSM may make for healthier sex also do not rule out some of the issues faced by the kink community. Dr. Richard Sprott of the Community-Academic Consortium for Research on Alternative Sexualities (CARAS) talks often about issues such as consent that are significantly greater in kink than in “vanilla” relationships. Within the realm of power exchange relationships the concept of “no” and the communication of “yes” can become much more complicated, especially when playing with some of the darker aspects of the human psyche. Kitty Stryker also has some suggestions for communicating with your partner about sexual trauma in her clips on Kink Academy as well.

Aside from mental health, though, there are always issues about the physical risks of participating in kink, from the simple exposure to large groups of people that can lead to “con crud” to techniques for treating bruises and stretching before a bondage scene. Savannah Sly has specific videos for both dominants and submissives with suggestions, but it is never a substitute for being aware of your own body’s needs and medical condition.

While the study from the Netherlands helps reassure kinksters of things they most likely already knew, there are still groups working to change the way kink is described for physicians and psychiatrists. Progress is being made, such as differentiating between “masochistic sexual interest” and “sexual masochism disorder” and allowing for some sexual “impairments” to be “subject to individual’s self-report”[2]. Possibly the more valuable advance is being made in the public’s perception of kink as being an acceptable expression of personal sexuality. There is hope that someday the stigma and shame attached to the BDSM will disappear and kink will be enjoyed with only as much risk as the consenting adults choose.