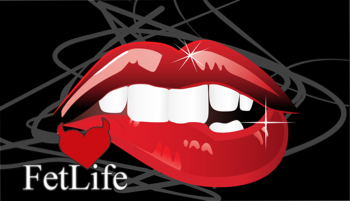 Of course, those people who put “Antarctica” as their location usually aren’t actually there. Instead they are putting that location up as protection: they want to be part of the community, but they don’t want people to know where they live. It makes sense on a lot of levels: as Attorney Aimee Bouchard talks about in her video Legal Considerations for BDSM Play state and federal laws in the United States are often arbitrarily enforced and vaguely worded. The clip is a sobering yet critically important video regarding play spaces, weapons, and transportation across state lines. Anyone interested in alternative sexuality – especially in Massachusetts – should watch it before setting up their profile on Fetlife.

Once you know the level of privacy you need, though, the question becomes: how do you find the people you want to talk to? In “The Kink Community: Why Join?” Mollena Williams and Lee Harrington talk about the many benefits you can get from hanging out with people who share your interests. One thing to know right away: dating is not high on that list, especially in terms of Fetlife. The site is designed not to be a “matchmaking” site, and if you remember that your profile will avoid some real mistakes. Many people are so busy trying to look sexy and seductive on their profile that they misrepresent their authentic kink. If you try really hard to make your profile look like some movie or book character in the hopes that you can find a date, you’re going to be frustrated. On the other hand, if you take the time to honestly talk about your interests, you’re more likely to fall in with the “right” crowd (at least, right for you) and that will make it more likely that you’re going to meet someone who fits your desires.

That’s not to say you shouldn’t take some care with the way you write your profile. For example, anyone who’s a dominant fetishist should watch Mollena’s clip on D/s diplomacy for the dominant. She identifies some of the common mistakes that dominants make when they try to sound “powerful” online. It’s a simple technique of persuasive writing: identify what your audience is actually interested in, and talk about it.

That also brings up the idea of how your writing looks on the Fetlife page itself. There are a wide variety of “markup” tools you can use to make text bigger, smaller, or red…but remember that less is more. Unless you are a graphic designer yourself, you probably shouldn’t try to make lots of unusual sizes any more than you would try to sew your own chaps unless you had some leather working experience. Remember that all-caps isn’t emphasis, IT’S JUST LIKE YOU’RE SHOUTING INTO THE READER’S EYES. You wouldn’t do that if you met someone in person, one hopes, so why would you do it at the “virtual munch” that is Fetlife?

One more thing: if you’re using words to communicate, it’s a good idea to use them correctly. Have a friend who is good at writing spell-check your profile at the very least. Proper spelling and punctuation isn’t always a turn-on, but if people notice your misspellings it will almost certainly reflect badly on you.

One reason people will often resort to trite language is because they are nervous that their actual fetish is going to seem unattractive. In the vanilla world, that’s a very reasonable fear. But this is your identity within a community of people who, if they don’t share your interests, at least are supposed to be tolerant of it. Wintersong has an entire series about how to live with your unusual fetish. His clip about The Conversation in particular can help you frame your description of yourself and what you like in a way that both maintains your integrity and gives others the ability to understand it without prejudice.

Now that you’ve figured out how to portray yourself authentically it’s time for the more fun experience of writing about what you want. While it’s not a dating site where you can search for others, you can certainly write your own profile in a way that lets people know you are interested in some play. This part of the profile is basically an open-ended negotiation between you and that fun partner you haven’t met yet. Again, honesty about boundaries is very important, but you can phrase it in a seductive way. Sabrina Morgan talks about how to use dirty talk for negotiation. You have a fantastic advantage when you’re using her techniques for descriptions and tone on your Fetlife profile: you can edit! Instead of having the pressure of real-time interaction, you can go back and phrase it exactly the way that says what you mean.

With all this attention to writing, you may be wondering what to do about pictures. It’s really not too difficult: have pictures of yourself enjoying what you like. It’s fine to feature parts of your anatomy, especially if you’re concerned about privacy – but take the time to let people know you’re more than just that particular body part. If you’re worried about what to wear, you can always check out Ivy Miller’s clip on Domwear. Her techniques for making your closet match your fantasies apply to more than just the dominant persuasion.

There are many other tips and tricks for making your profile sing – including the fact that you can’t block the University of Sydney – but if you make sure that your profile is about you and what you honestly like, you’re much more likely to get what you want out of Fetlife and your fet life.