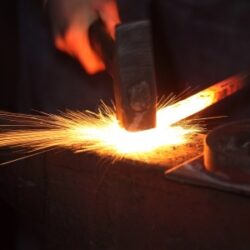 Unfortunately, in reality, dominant types suffer from one common failing: they are human. They fall victim to all the “heartache and thousand shocks the flesh is heir to.” Most of them are not millionaires, in fact, which means they also usually have to make a living at a job which may be stressful. Most come from some variety of upbringing and live in a society that can be frightening, depressing, or otherwise load them up with baggage.

Often they can put these things aside for a while and take an hour or two or three to put on that mantle of “domniscience”, but it’s unreasonable to expect that they would be able to maintain that constantly. Which means that at some point during a long-term relationship between a dominant and a submissive, the dominant will have a bad day. She may be depressed, he may get the flu, his kids may have trouble at school or her boss may be pressuring her for the quarterly review – it doesn’t matter what it is, it just doesn’t usually fit into the fantasy of the super-powerful dominant.

Princess Kali, Mollena Williams, and Graydancer spent some time at Dark Odyssey discussing this idea of dominant vulnerability, and the consensus among them was that if it’s handled right, seeing a dominant in a vulnerable state can actually be a reinforcement to the relationship and the power dynamic. The reason is simple: intimacy. One of the definitions of intimacy is the experience of being mutually vulnerable, and when the dominant is being honest about a less-than-ideal state, they are vulnerable in a way that the submissive may not usually see. This provides an opportunity for the submissive to know their dominant on a deeper level and to appreciate the strength that is usually there.

It also provides an opportunity for them to see how their dominant handles adversity. That strength in their voice when they say “Kneel!” can also be evident when instead it’s taking a deep breath and saying “OK. I got this. It’s gonna be ok.” Strength that is tested can be sexy as hell, and often it is the memory of seeing the dominant face the dark times and make it through that helps solidify the submissive’s devotion.

On the dominant side, though, you’re still faced with what is probably a pretty difficult situation. However, in some ways the role of dominant – with all those unrealistic expectations of power – can help you make it through while maintaining your power exchange. Create a visualization – an image in your mind of the dominant you would want to be. Picture how they move, how they speak, the way that archetypal dom would treat their submissive. Then keep on asking yourself, in every situation: what would that dominant do? Would they snap at other people? Would they whine? Or would they graciously thank those who were helping them out?

Another aspect is self-care. If your archetype of a dominant is someone who would not maintain their own health – taking medications, improving their diet, listening and following the suggestions of medical professionals – then it’s likely that you’ve slipped from “archetypal” into “unrealistic.” The word that describes the kind of person who will not take care of themselves is “infantile”, which is about as far from power and dominance as you can get. It is much more effective to look at the bad times – illness, depression, or even just being tired – as something else for you to dominate. “Exhaustion! Ha! I shall bludgeon it away with SLEEP!”

Most of all, dominants who are going through tough times need to maintain their cool. Anyone who loses their temper, whether in public or in private with their submissive, is going to lose that aura of control and power that are the hallmarks of a dominant. Sometimes it’s just a matter of deep breathing, sometimes it’s saying “Excuse me a moment,” and going onto the roof and screaming into the sky. But that screaming is done in private, when no one else is around.

It’s not easy; tough times are exactly that, tough, and there’s no magic formula for getting through them as a dominant any more than there is for anyone else. But with a little practice the tough times can actually act like a forge, the fires of adversity turning both dominant and submissive into a stronger, sharper, and more durable relationship.