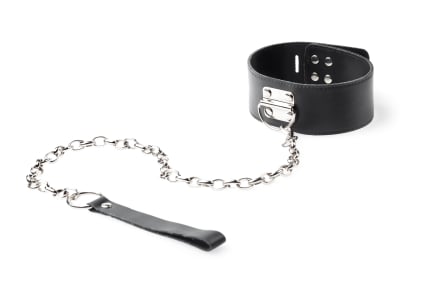 Sometimes, it’s difficult to get your kink on.

The world is filled with distractions and stresses and a thousand tiny bothersome demons that can all get in the way of finding that inner pervert. It’s a terrible place to be, wearing your hottest sexy outfit, in some private place (or public, for that matter) with the object of your desire right there, waiting for you to join them in this wicked experience…and all you can think about is the dirty dishes you left in the sink. Or the report that your boss needs tomorrow. Or how you’re going to pay the electric bill this winter, or any number of other totally non-kinky, non-hot things.

One of the best tools for getting past this mindset is to use the ancient human technique of ritual. For some, that sounds wonderfully spiritual and meaningful, but for others it sounds suspiciously like some hippy-dippy “twue woo” role-play that they don’t want any part of. The actual purpose of ritual, though, is simply to change a state of mind. Whether you call that “spiritual” or “focused”, a ritual is a series of actions that, taken together, signify a passage from one frame of reality into another. In other words, it’s your ticket to going from “distractable me” to “super-sexy ultra-kinkster.”

Many people have created rituals around their kink. One of the most basic and beautiful is the collaring ritual, when the dominant partner places the symbol around the neck of their partner. Both Cleo Dubois and Panther Prowls show their particular methods for collaring their partner at the beginning of the scene. Mistress Cleo’s involves words of trust and reassurance, especially important because she is working with a woman new to kink. Panther Prowls, on the other hand, shows how he collars his long-term submissive, and every word, motion, and the collar itself is imbued with personal significance.

What the ritual does is reinforces the dynamic between the players in a scene. With a collar, it helps still the “monkey brain” and reminds the submissive that they are entering a place where their responsibilities have narrowed to the simplicity and challenge of submitting to the will of the dominant. For the one putting the collar on, it reminds them of the responsibility involved in creating that scene and holding the trust – in whatever form that takes – of their partner.

Of course, collars are not the only tool used for ritual. One of the most attractive aspects of cigar play that Graydancer explains is the ritual of service involved in the act of lighting a cigar. Depending on the mood and intention of both top and bottom the ritual can mean many things. It may be a seductive maid presenting her master’s favorite cigar pre-cut and lit in a provocatively teasing way, or it may be a rough leatherman pulling his boy close as he uses a sharp and menacing knife to clip the end and lights a match off his slave’s boot before lighting it. You end up with the same effect – a lit cigar – but the means by which you get there produce a very different mood and state of mind for the scene.

When coming up with a ritual, it’s fine to look at what other people do, but in the end it’s important to focus on the things that actually have meaning for the people involved. Trying out various kinds of body positions and methods of addressing each other. What words turn you on and resonate with your kinky self? Is it “sir”? “Ma’am”? “Goddess of My Morning”? “Cum-guzzling trollop”? Finding out what words and actions feel right can only come through trial and error and a lot of talk and communication. Alex Bettencourt has some insight into this process in the clip on “Baby Steps Towards Receiving Service“, as does Sarah Sloane as she asks “What is Service?”

It’s ok to take your time, trying out different rituals that feel right and adjusting them as time goes on. The goal is for the opening ritual to serve as a path into your hot and kinky time, and so you don’t want to focus on the ritual so much that it takes away from the action.

Once the kink has happened, though, rituals can also help you come to the end of the scene in a more graceful and meaningful way. Cleo Dubois again demonstrates this beautifully as she shows her “De-collaring Ceremony and Ending a Scene“, and it is clear that the process incorporates checking in with the bottom and beginning the process of aftercare. Once again, though, collars are not the only tools of ritual – in Graydancer’s “Rope Connection & Flow” he shows how at the end of the scene he and naiia untangle and re-coil his ropes together as part of the ritual of ending a scene.

Whether it’s high-protocol Victorian, fantasy Gorean power exchange, or simply a smile and a nod with your partner, if you pay attention you can find the right rituals to create that sweet hot kinky wonderland together.