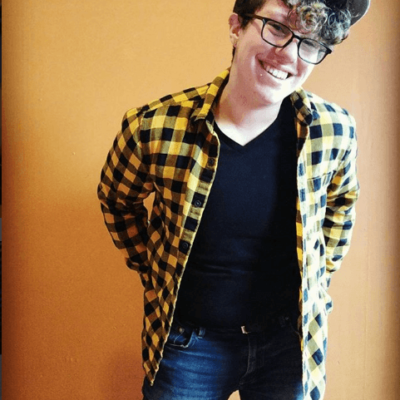 View All Videos By Bex Caputo

Bex Caputo is a sex educator, blogger, speaker, and podcaster. He’s been a proud and undeniable kinkster ever since he insisted on being served his meals in a dog bowl at the age of 8 (and even before that, probably). He’s a Virgo, a Hufflepuff, a pup, and a nonbinary queerdo who grew up into the pop-punk boy he always had a crush on in high school.