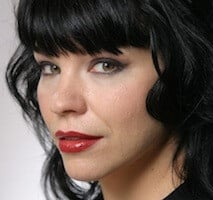 View All Videos By Ducky Doolittle

Ducky is the author of Sex With The Lights On: 200 Illuminating Sex Questions Answered. She has spent the last two decades working in the field of sexuality. She is a certified emergency room Sexual Assault and Violence Intervention Counselor and has trained with Planned Parenthood in comprehensive STD prevention and comprehensive & medically accurate sex education. Ducky tours internationally, performing on campuses, medical schools, bachelorette parties, homeless youth drop-in centers, book clubs, church groups, sex shops and anywhere else she can gather a crowd. She has appeared on HBOs Real Sex, The Morning Show, MTV, NPR, The Howard Stern Show, and Playboy TV… to name a few Ducky’s unabashed openness about her life developed into a successful career as a journalist and advice columnist. Over the years she has used her writing and sense of humor to pursue her deep lust for knowledge and understanding in regard to sexuality, class, race, gender, culture, compassion and human rights. She was also awarded a fellowship with the New York Foundation for the Arts in the category of non-fiction literature.

Pleasure based sexuality for all genders, orientations, singles, couples and experience levels.