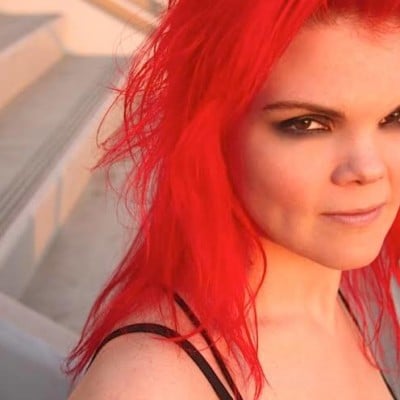 View All Videos By JoEllen Notte

Since 2012 JoEllen Notte has been known to the internet as The Redhead Bedhead. After getting her start as a blogger on a mission to learn everything she could about sex and share everything she learned with her audience JoEllen, known for her quick wit and unflinching honesty, grew into a respected writer, speaker, researcher and mental health advocate who also talks about sex toys.

JoEllen’s career has seen her travel North America tour the best sex shops in the US and Canada on the first-of-its-kind Superhero Sex Shop Tour, lead workshops on sexual communication, navigate consent, having casual sex kindly, and online dating, and speak at length on sex toys but she is happiest and most effective when writing and speaking on behalf of quiet people who have sex.

A go-to source for honest discussion of sexuality and mental health and a favorite resource for those seeking expert input, JoEllen wrote the book on sex and depression, literally. Her book The Monster Under the Bed: Sex, Depression, and the Conversations We Aren’t Having is set to be published by Thorntree Press in March 2020.

Writing about sex through the lens of the not-so-sexy stuff live throws at us. Speaking up on behalf of quiet people who have sex.

JoEllen has been featured in The Huffington Post, Prevention, Salon, Alternet, The Toronto Sun, xoJane, Bustle, Dame, and Mashable to name a few. She has also appeared on popular sexuality podcasts Sex Out Loud With Tristan Taormino, Life On The Swingset, Sex Nerd Sandra, and The Queerie Bradshaw Podcast. Certified as a sex educator through Planned Parenthood of Massachusetts Sexuality Education Certification Series, JoEllen has spoken at Clark College, University of Chicago, Woodhull’s Sexual Freedom Summit, The University of Tennessee, Guelph Sexuality Conference, and the Playground Conference. 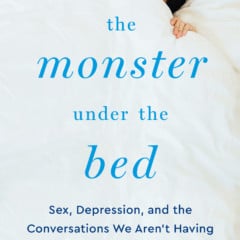 The Monster Under the Bed: Sex, Depression, and the Conversations We Aren’t Having